A comparison: the explosion of content marketing in B2B/B2C vs the rapid rise of independent apps on mobile devices a few years ago.

I’m a little late to this party, possibly because I’ve only been working in this industry for only a short while. A little slideshow from our friends at Velocity has struck lasting note with me because not only is it very true, I have seen it before. Let’s start with that.

In July 2008 there were 800 apps on the Apple App Store, in June 2013 there were over 900,000, and that’s just those approved by Apple. From an even later start in Q1 2009, Google Play reached 1m apps in July 2013, both reached 40bn downloads at the start of 2013 and the App Store reached 50bn by end of the second quarter and 60bn in October. That’s a combined total of over 110bn downloads in an industry that didn’t exist six years ago. The graph in this article shows that the pace of app downloads is still accelerating.

This has inevitably lead to a fall in quality control. Although Apple’s quality control is prime (infamously their refusal to approve apps that in any way provide explicit content, including when German magazine Stern with a print circulation of 900,000 was suddenly banned from the app store for several weeks), anyone with an iOS device will be able to tell you that for every effective and efficient app on the store, there are going to be fifteen or twenty that are clumsy, redundant or simply broken. There are more than two hundred apps on the App Store that start with the word ‘Tweet’. Twitter is not one of them.

Even previously well known and loved apps can suffer from neglect and a badly coded update; many mourned the passing of Tweetdeck when it became inoperable after Twitter changed it’s code. It tried to adapt and survive, but recent reviews are absolutely scathing.

Google Play doesn’t even have an approval process! This has led to an epidemic of not only poor-quality, but even malicious and infectious apps freely available to the public which Google are only recently beginning to tackle.

Is the content market becoming afflicted with the same malaise? Every 24 hours there are more than two million unique blog posts, and while not all of these are backed by companies as part of an overarching (and no doubt diabolical) marketing strategy, that is a hell of a lot of competition for a place amongst the first ten on Google’s hallowed first results page. With the explosion in the adoption, popularity and effectiveness of content-based inbound marketing since 2006, a market previously confined to a few hundred pioneers is demanding fresh blood. As more companies put content first and demand rises, the pool of available high-end talent begins to run dry. Just as with apps, the average quality of the content begins to fall as everyone gets in on the game, but not everyone is very good at it.

Velocity Partners noticed this back in January, and their little slideshow paints a stark picture of what might come to pass. The content industry has grown at a such a mad pace for a reason: content works, and arguably is the most powerful tool for improving a brand’s recognition at the moment. However, dig a little deeper and look at why content is so effective… because conventional outbound marketing is becoming less so. Anyone who lives in a developed country is bombarded with hundreds to tens of thousands of outbound marketing attempts every day; almost all websites now carry ads in one form or another, buses and taxis and tube stations and even humble phones boxes are plastered with loud, colourful adverts for things you don’t care about. We have become very skilled at filtering it out, and these companies trying to sell you a car/house/holiday are seeing diminishing returns on their advertising investments.

Content marketing circumvents this by engaging the customer on an entirely new and much more intelligent level, and is more about building trust than selling a product. The first few companies to figure this out probably made out like bandits. But when everyone is desperately producing content to satiate this apparently starving monster, will it all blend into background noise again? If it does, we as content marketers will have just lost the main advantage we held, the customer base will put up their walls, and we’ll see engagement and effectiveness levels fall again.

The good news is that some have started to fight back. Major industry players, especially Google, are taking steps to filter out the rubbish so the best content is easier to find. Back in February 2011, Google’s announcement of Panda was a wake up call to the industry and indeed, much of the internet, as it became known that the world’s most important search engine and the gatekeeper to so much commerce was changing the rules to promote good content and deplete the bad. Also it gave rise to the expression ‘panda slapped’, which is highly excellent. With this change, and the incremental updates and tweaks that Google has made over the last two years, low quality players (also called ‘content farms’) are essentially a thing of the past. Facebook, another well-populated portal through which many millions of people consume content, is taking similar steps to bring quality content to the fore and relegate much of the recycled memes and copypasta to the background. Of course, the dynamic of Facebook is a little different and it remains to be seen how Facebook will implement this, and how the userbase will react when it does. I for one (somehow) have friends who only ever seem to ‘share’ endless Philosoraptor and Hipster Ariel memes, if suddenly they go from gathering 500 likes to 5, what will they do? Get jobs!?

To sum, the industry that I work in (and if you’re reading this, you likely work in it too) is growing. Very fast. Fast growing industries attract people looking to make money, and no matter what industry you’re in, pretty much the same thing starts to happen. It happened with social networks in 2005-2007 before we plateaued at the mighty Facebook/Twitter/LinkedIn triumvirate in ~2010, although in this case the industry diversified into things like Pinterest and Instagram and kept growing. It happened with online physical sales before Amazon took over completely (although with the recent developments regarding sales taxes on Amazon’s home turf, this may be the beginning of further change). It happened with the democratisation of software as detailed above, it will likely happen to the inbound marketing industry within the next five or so years. As with all the examples above, if you’re on top of your game now, producing high quality, relevant content that is intelligently distributed, you’ll likely still be in a good place in the years to come.

If you write like a drunk teenager texting and fill your site with links to other pages which themselves only link to other pages, while adding nothing intelligent or even coherent of your own, you might want to consider your options. You might want to jump on the next bandwagon and start again. I hear internet-enabled kettles are a thing now. 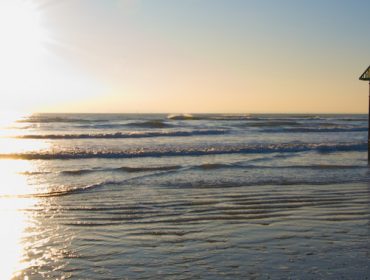 So You Have Their Attention… What Now?

5 B2B Marketing Communities You Need To Know About